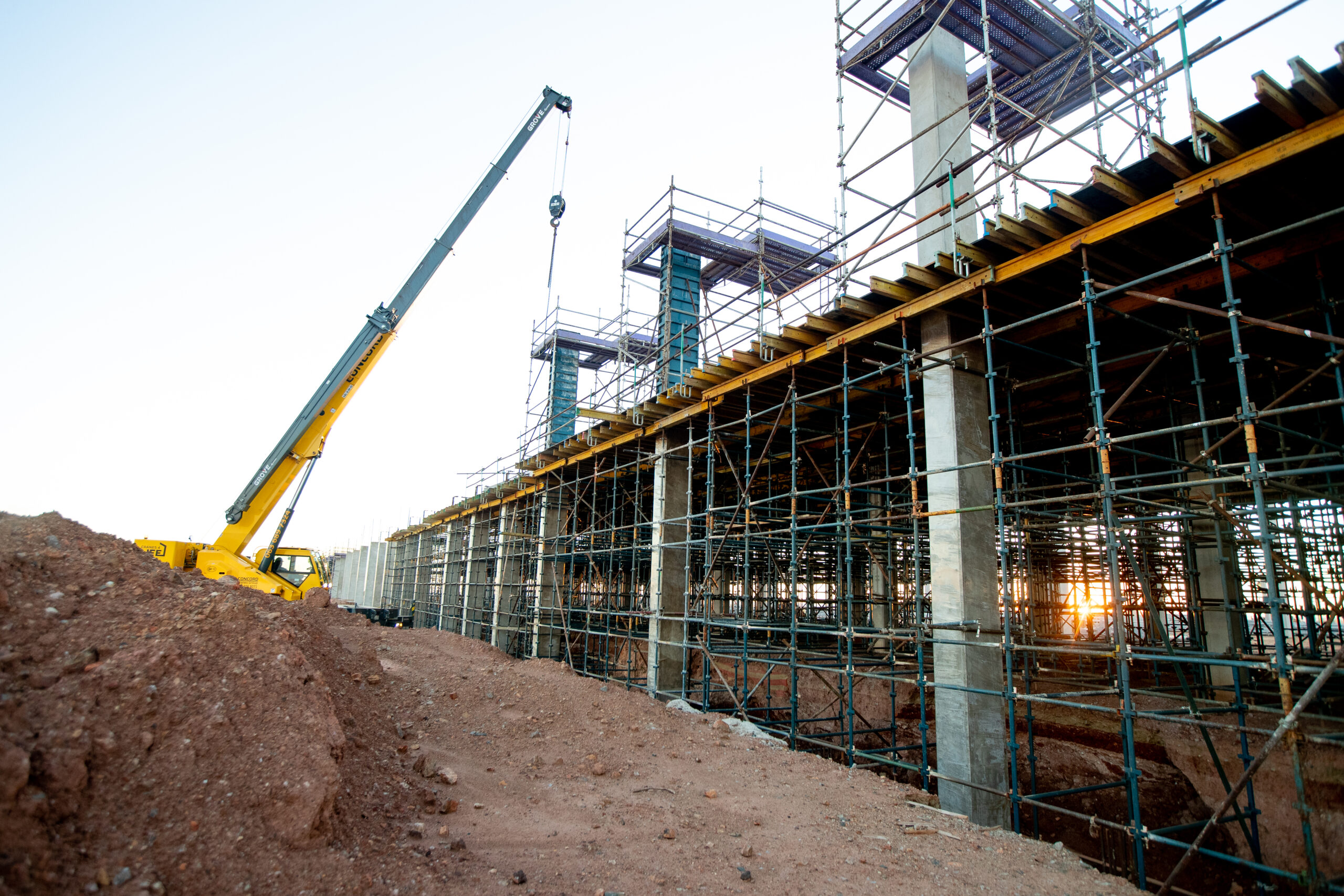 When the WBHO approached Concord Cranes to provide cranes for one of the biggest construction projects the company has ever worked on, Concord Cranes jumped at the opportunity and made a promise to deliver excellence no matter what.

WBHO was employed by Danish transport and logistics company, DSV, to build their new warehouse on Johannesburg’s East Rand, which was to span an area of 245 000 square feet. “It was to be DSV’s largest warehouse in the country and WBHO choose Concord Cranes as their sub-contractor for all the crane hire requirements on the project,” says Gareth Langley, Concord Cranes Operations Manager.

Which cranes were used for the DSV warehouse build project?

Cranes were required on the project to pour in the region of 24 000 tonnes of concrete daily. “We recommended using four rough terrain cranes with lifting capacities of 35 tonnes each for the first phase of the project which included the concrete pouring. We also included our partners, Bedrock, to act as our sub-contractor, to bring in a 220t mobile crane for the pre-cast lifting aspect of the project,” adds Langley.

How long did the project take for completion?

The project began in October 2019 and the Concord Cranes team took the service requirement from WBHO and DSV and turned it into a successfully executed project. The four rough terrain cranes from Concord Cranes were permanently stationed at the Warehouse and Cross Dock site of the project and will be for the duration of the project which is expected to be handed over for completion in February 2021. “The rough terrain cranes pour concrete for the slabs and pillars of the building structures of the warehouse. They work on average for nine hours a day for six days a week, pouring concrete. Our sub-contractor, Bedrock, has the 220t crane in place as well to lift and place the pre-fabricated columns and walling in place daily too,” adds Langley.

Since the project began, nearly 16 months ago, there have been no major snags or hiccups reported on the project when it comes to the requirements of the cranes and operators. “Throughout this project, taking into account all the requirements and obstacles, our cranes had a part to play, and they played it perfectly. This was a massive construction product to undertake, and both our cranes and the Concord Cranes team rose to the challenges of the project at every turn,” ends Langley.